This is new Naga model which brings things that we already love from previous models, with a little bit different layout and shape of buttons, perfect for MOBA but also FPS players. Mouse still features top quality of construction and great performances, so it stays in the very top of the assortment of Razer, but also gaming mice in general. There is definitely no need for big introduction for Razer, because it is one of the most famous manufacturer of the gaming peripherals, with great reputation and numerous awards. 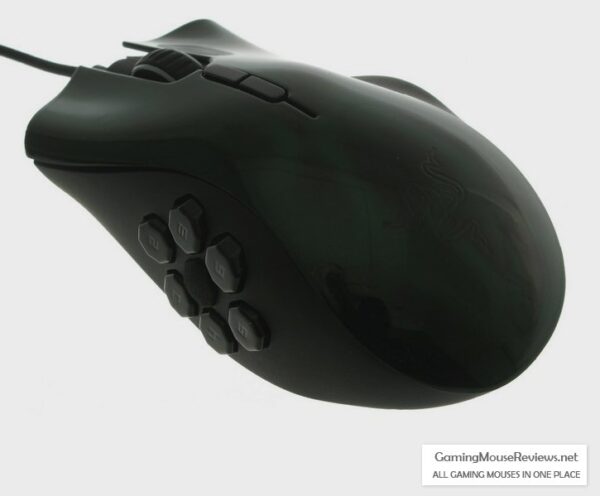 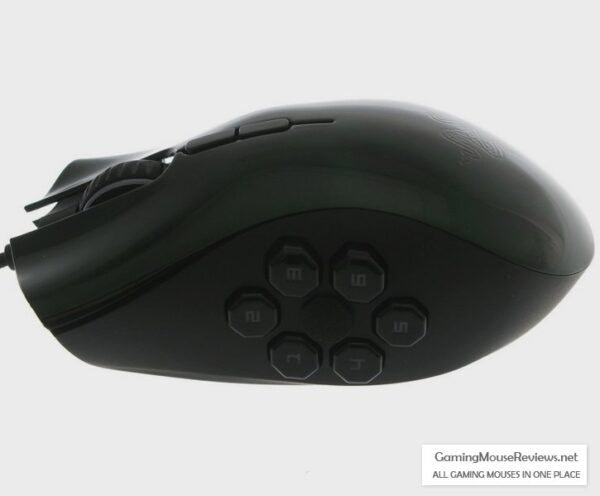 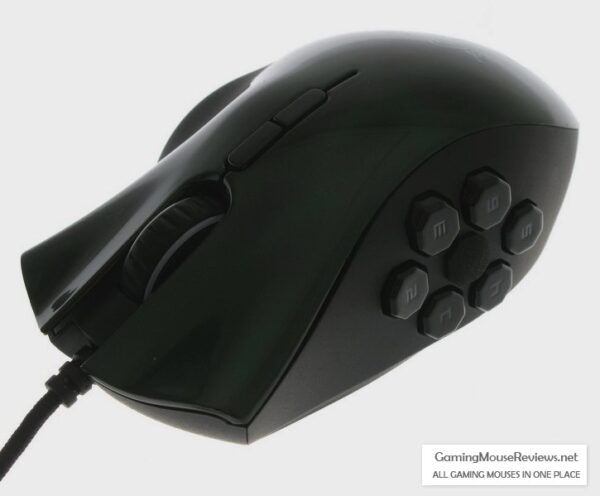 Naga Hex is a mouse with many revisions already, which was initially intended for MMO games, and now Hex version is introduced, intended for Multiplayer online battle arena (MOBA) and FPS games. Essentially, there is not written anywhere that mouse can not be used for other type of games, however it is designed and adjusted for already mentioned types of games. This mouse uses extremely advanced laser sensor, excellent switches and sufficient number of buttons, even for more demanding users.

By its appearance, this Naga model reminds you of its previous models, and with dimensions of 116x70x46 mm and weight of 134g, it has characteristic shape which requires a little bit of habituation at first. Since it is a little bit higher profile, it is planned that whole fist lie on the mouse nicely. Mouse is ergonomically shaped and suited for right-handed users, after longer usage it becomes pretty comfortable and does not tire your hand. It is made of high quality plastics which has glossy finish on the top side, what means very annoying fingerprints, while it is matted on the lateral sides, with texture which will provide strong grip and stop slipping. Generally, it gives impression of sturdiness and quality, without noticeable compromises which manufacturers are forced to make. 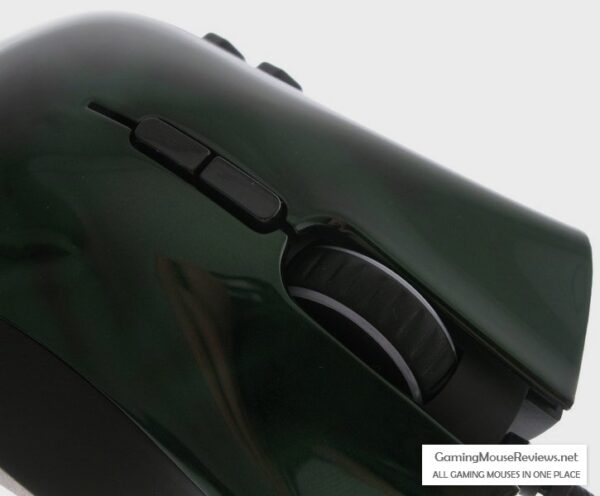 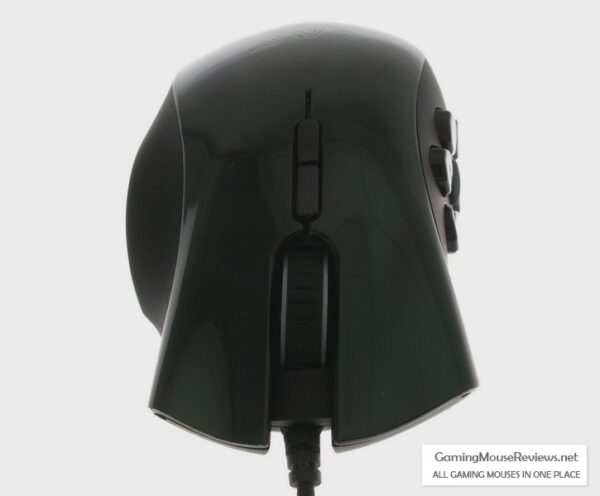 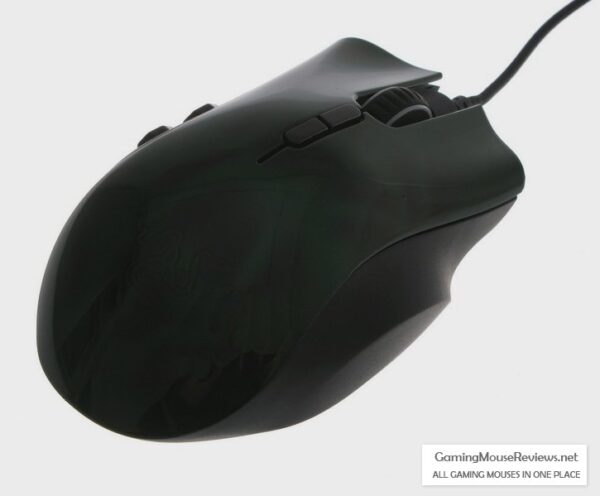 There’s centrally positioned scroll-wheel which has standard Razer design, with rubber ring on the middle which is dantated, so scroll is precise and fast. Beside two regular buttons on the front part of the mouse, there are also two scroll-wheels on the back, and they can, as all other buttons, get adjusted if desired, for example to set DPI values or attach them some macro values. On the left lateral side we can see six buttons in Hex shape (that’s what they named mouse after), distributed in circle, with rest place for thumb. This actually works pretty well, because thumb naturally lies on its place so there wont be any need to look for buttons which are marked with numbers. These aren’t just generic switches, but special mechanically declared on 10 million clicks so they recognize up to 250 clicks in minute. For connection with computer, mouse is using USB 2.0 interface with 1000 Hz Ultra pooling, and 1ms response time. On bottom side of the mouse, we can see five feet which provide smooth movement on mouse-pad, centrally attached sensor (laser with resolution of maximum 8200DPI) as well as one more switch which picks wether lateral buttons will work as numerical or they will take defined functions.

Summary
As we have expected, Synapse 2.0 software is used for adjustment and without any exaggeration we can state that it is most likely best software of its kind that exists, because level of adjustment is impressive, as well as the program layout. Mouse has attractive green background light, and simply represents number one choice when it comes to MOBA games, but also FPS titles where it is important to have predefined macros. Precision is supreme, quality above average, and overall impression is that this is mouse without big competition.